How to Get Rid Of Beavers?

Beavers will easily deforest an area and block waterways when building their dams.

The best method to get rid of beavers is using control measures, for example, trapping, fencing, draining their dams, and destroying the lodges more than killing.

If you kill the beavers, the chances are that other beavers will move in sooner or later. Before getting rid of them, you should have noted their presence in your area.

You should recognize most of their everyday activities such as building beaver lodges, slides, pathways, cutting down trees, floods, and construction of beaver dams.

Another means of identifying their presence is through observation.

If you come across a mammal with prominent buck teeth, a large tail, weighs about 60 pounds, and is about 3 to 4 feet long, then you probably have a beaver living in your compound.

Beavers might invade your land for shelter, safety, or in search of food. They are attracted to small streams, silent rivers, trees and bushes, and muddy terrains.

What Are The Common Methods Used To Get Rid Of Beavers?

Beavers build dams that interfere with the normal flow of water, thus flooding the area. They are also responsible for the destruction of trees and valuable vegetation.

They might also pass diseases to you or your domestic animals. Beavers carry diseases such as rabies, liver failure, and even parasites that are of great danger to other living creatures.

However, it is essential to note that beaver dams can benefit the ecosystem. For starters, they create wetlands that support different animals and plants. They also prevent flooding and reduce the likelihood of toxins and sediment from filtering into streams.

Please do not interfere with them unless you are dealing with beavers on private property or have thoroughly done a cost-benefit analysis.

Use of beaver traps

Traps are the most efficient method of controlling beavers on your farm. The most common type of beaver trap is the Conibear trap.

Conibear traps are dipped in the water near the drainage or at the channel entrance of the beaver’s habitat. In some states, it is only legal to use beaver traps at certain times of the year unless you have a permit to do so.

The use of lethal snap traps, like the ones used to kill rodents, tend to put other wild lives in danger since they can also get tricked by the trap and end up killing the unintended creature.

For the lethal snap traps to work efficiently, you have to place them in the most suitable location, which is usually the major walkway of the beaver and where other animals find it difficult to pass through.

The best way to trick the beaver into the trap is by luring it with the scent of another beaver. The scent is one of their primary means of communicating.

However, hiring a professional is way cheaper and faster than doing it yourself unless you are well-skilled and already experienced in doing the job.

Beavers are very good at avoiding traps, but the job seems easy and fast when done by a professional.

Factors to consider when choosing a beaver traps

How to trap beavers

Use of a fence around the farm and trees

Fence small parts of the farm with a woven wire mesh or an electric fence. You should bury the wire mesh about 10cm deep and at least 90cm high.

One can fence trees and other large plants individually by wrapping them with wire mesh.

Use of homemade repellents

This method applies best to small-scale landowners but is impractical to large-scale owners. Textural repellents, such as paint mixed with sand, work better than other repellents such as ammonia, garlic, predator urine, hair, and mothballs.

You will have to reapply the repellent several times, though it is not guaranteed to work. This method doesn’t work well with very hungry beavers as they tend to ignore the repellent in search of food.

Also, if you live in a rainy or moist environment, this method should be the last option since it’s not as successful as it sounds. 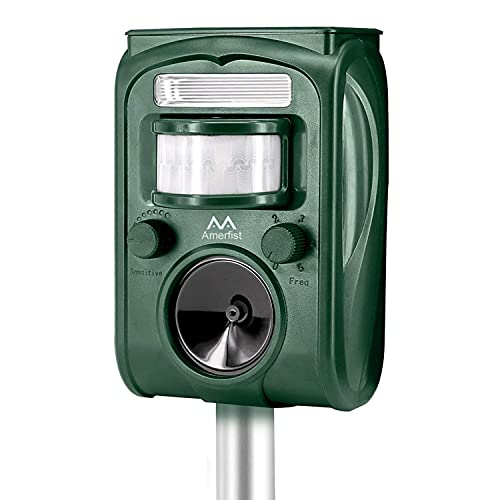 Sometimes the beavers can be annoying, and one can be forced to kill them instead of trapping and releasing them. If you have decided to kill the beaver, you should consider using the best humane methods possible since, in some states, it is illegal to kill them in some unhuman way.

Also, you are only allowed to kill beavers on private land.

The most common way people kill beavers is by shooting them. While you need a license to shoot beavers, it is safer than using poison.

You should contact the beaver control conservation office first to understand the laws regarding the killing of beavers. In most cases, the environmental agents prefer to relocate the beavers to a different environment instead of killing them.

In some states, it’s not illegal, and you can kill the beaver as long as you use the safest means possible

Why You Should Never Poison Beavers

It is very illegal to use poison to kill beavers in some states, while in some states, it’s not. They consider it dangerous because it can result in the death of other creatures rather than killing the beavers.

The poison can accidentally infect streams and rivers, killing aqua life. Humans can also be affected as some rely on rivers and streams as a water source.

Beavers don’t immediately take the food they have gathered but instead store it for later use. Most beavers use underground lairs to store food when the temperatures are pretty low.

The underground lairs are mostly connected with water bodies through channels or aquatic plants such as weeds and reeds.

This can lead to contamination of the water bodies, accidentally killing other animals or poisoning humans.

Beavers are huge rodents that live in areas with a good water source, such as springs or swamps. They can be annoying sometimes to an extent where you are forced to get rid of them.

Their destructive nature can greatly lose to your farm and animals such as pets and livestock.

Getting rid of them is not that easy due to their adaptability and persistence.

Control and preventive measures are more advised than elimination means since killing them will only create room for other beavers to inhibit unless you destroy their habitat and make it unfavorable for them to live in.

With three pet crazy kids, you can imagine our house right! My name is Carl and I’m one of the editors of Hutch & Cage and also Fishkeeping Forever. Oh, and I play golf ( Badly ) Thanks for reading my article.

This website has been created to help anyone thinking of buying a small pet or anyone needing some advice for their current pet. We have assembled a very experienced team of authors from within the pet industry. Some are vets, we also have some pet breeders and others are experienced pet owners.

Previous post : Can Beavers Climb Trees? (Do They Get in Backyards?)
Next post : Do Beavers Lay Eggs?