You’ve been noticing your pet rabbit thumping his feet more often than usual these days, and you’re concerned. Should you take him to the vet?

What’s happening? Is he alright? We explore the reasons why rabbits thump and come up with some suggestions for you.

There are many different reasons why, but for the most part, thumping is a means of communication for rabbits. When your rabbit is thumping, pay attention to the reason why. It’s basically rabbit speak for, “Hey, look at me, I have something to say!”

In this article, we’ll explore all the reasons why your rabbit could be thumping and what you can do about it.

Why Do Rabbits Thump?

Rabbits thump for a whole host of reasons, and it’s important to recognize the reason why first before you jump to conclusions. The main reasons are likely to be fear, stress, anger, boredom and pain – we look at them all.

Your rabbit is thumping, yes, but what else has changed in him? Are his ears alert? Is he standing on all fours? Does it look like he’s trying to sense something?

Perhaps your rabbit is feeling fearful or threatened. In the wild, rabbits use thumping as a way to communicate to their own kind that there is some kind of danger nearby.

Maybe the rabbit heard some growling from the bushes earlier, but it can’t hear the sound now. He will then thump to alert all nearby rabbits to be wary of the area. The rabbit will continue thumping until he senses that the danger is passed.

At home, you may be confused why your domesticated rabbit still thumps seemingly out of nowhere. There’s no predator nearby, is there?

There’s nothing bumping in the night. What could be the reason?

What so many human owners keep forgetting is that unlike them, their rabbits are small, even downright tiny. Keep in mind that what may not seem like a threat to you is already a threat to your bunny.

Your neighbor’s dog that she keeps insisting is a gentle giant? Your rabbit may thump to tell you to be careful or else you might become the dog’s dinner.

Rabbits are quite impatient animals. Out there in the wild, a rabbit’s boundless energy has him playing and exploring the entire day in vast meadows.

In a human home, however, there’s a much higher chance for rabbits to feel annoyed, irritated, and most of all stressed. And the limited space isn’t helping them burn off all that negative energy.

Consistent, fast thumping could be a sign that your rabbit is feeling frustrated about something. The reasons can include too much human contact, jealousy over another pet, lack of attention, and so on.

Angry rabbits also tend to thump furiously. While they’re usually docile, there are times that they could get angry as well.

As mentioned above, rabbits are naturally free spirits, gifted with boundless energy. In the wild, they get to dictate their own fate and heed their own rules. In the care of humans, however, they’re ‘just’ pets, unable to do everything they want anytime they want.

If you’ve had your rabbit for a while now, you might have already seen this response before. Perhaps you moved your pet from a larger area to a smaller enclosure.

If he hadn’t gotten sufficient playtime yet, you might have encountered some serious thumping as if saying, “How dare you limit my playtime, human!“

Many rabbits which seemingly thump out of nowhere are actually just bored rabbits.

They may be feeling energetic but don’t have enough space to release that energy. Or maybe they want to play with someone – usually, you, the human owner – and are using the thumping get the attention.

If you’re always away from your rabbit and there’s nobody else to play with him, it’s best to include lots of toys in his enclosure to keep him from being bored.

Boredom can make a rabbit feel lonely, and loneliness can cause your rabbit’s stress levels to spike. Obviously, stress isn’t good either, so make sure that he’s always stimulated, both physically and mentally.

Sometimes rabbits thump because they’re not feeling alright. For instance, maybe your rabbit is thumping because of a persistent stomachache.

However, the thumping itself is usually not an actual direct result of the illness they’re feeling. In the example mentioned above, your rabbit may be having a stomachache, but the most likely reason for the thumping is because it’s feeling stressed that it has a stomachache.

If you’ve ruled out all possible causes and your rabbit is still thumping, maybe it’s time to take him to the vet.

Is Rabbit Thumping A Cause For Concern?

At least, not usually. While pain could sometimes be why your rabbit is thumping, it’s still the least likely reason for this action. There’s no need to rush him to the vet just because you noticed that he’s been thumping more than usual.

The best thing to do when your rabbit is thumping is to take a look at him, determine what he could be trying to say, and take it from there.

How To Stop My Rabbit From Thumping

There’s no need to stop your rabbit from thumping. It’s a natural response to his environment, and it’s his way of communicating his feelings, needs, and wants to you.

However, if you’re really bothered by his thumping, then the only thing for you to do, is to deal with the cause of his thumping.

For example, if he’s thumping because he’s scared of your new cat, maybe you should employ some tricks to get him to feel safe in his enclosure despite the new addition to your home.

If he’s thumping because he’s bored and just wants to play, maybe that’s your reminder to start giving him more toys or attention from now on. A few minutes out of your time shouldn’t hurt.

Several actions by you can help to keep your bunny calm, happy and content.

Remember, don’t ever ‘punish’ your rabbit for a behavior that he has no control over. Instead, do what you can to change what you can control.

Conclusion: Why do rabbits thump?

There are many reasons why rabbits thump, but it’s usually nothing problematic. Most of the time, it’s just feeling threatened, stressed, or even bored.

As with everything, remember to pay attention to your rabbit’s own means of communication. Besides, it’s also the best way to ensure a healthy and loving relationship between you and your beloved critter. Do Rabbits Need Bedding? Which Is Best And Why 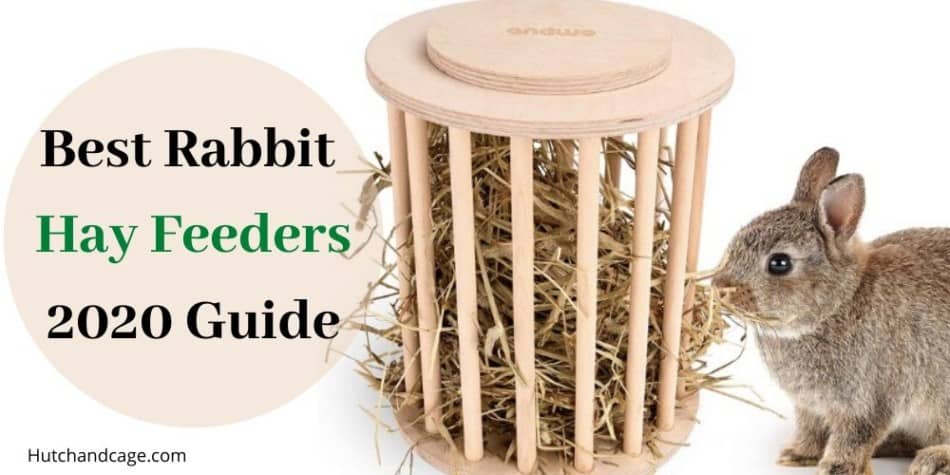