Why Do Gerbils Kill Each Other? 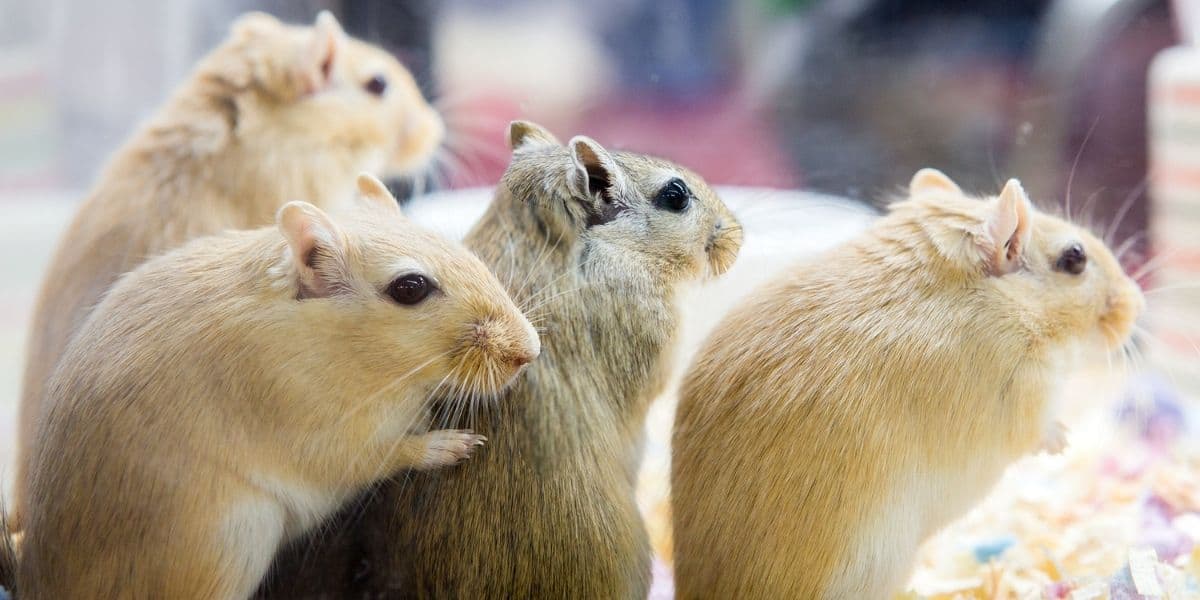 Yes, that teeny-tiny tidbit of information your pet store employee dropped while you’re picking out a gerbil is true. Gerbils can kill each other. But why do gerbils kill each other?

In short, gerbils can kill each other because there is nowhere for the victim to escape a fight. Fights happen all the time with gerbils, but in the wild a gerbil can leave their home and go somewhere else. Fortunately, there are things you can do to avoid gerbil fights that result in death.

The dominant female produces a hormone that can cause infertility in other female gerbils. Often a subordinate female will leave the colony to start her own family if there is any stress in the group.

There can sometimes be a fight between a dominant female and the female who is leaving, but once the subordinate female leaves, the fight ends.

These fights in the wild usually do not result in death because gerbils have a way to leave.

Why They Fight in Captivity

Gerbils will play fight. They’ll hop around on their back legs, and box with their front paws. It’s their way of establishing the hierarchy in their family and in their cages.

You must know that this sort of behavior is common but fighting to the death is rare.

The biggest reason captive gerbils will fight to the death and wild gerbils won’t is because the cage stops domestic gerbils from leaving the fight.

In captivity, the dominant pair might become older and weaker, and a fight will break out to show dominance. The dominant female may also have a daughter who won’t accept her subordinate position in the family, and she will challenge her dominant mother.

Here are some other reasons gerbils will fight:

Personal space: If the enclosure for your gerbils is too small, they won’t be able to claim a spot for themselves and this can cause conflict with other gerbils in the cage.

No Bonding: Adult gerbils are not going to welcome new, strange gerbils into their home. Introducing a stranger to their cage will result in territorial fights.

Declanning: Groups of gerbils in the wild form a clan, and when a gerbil wants to leave to join another clan or start their own it is called declanning. If the declanned gerbil can’t leave the cage, it may result in a fight to the death.

How To Prevent Fighting

Watching your gerbils fight can be terrifying if you aren’t prepared. Luckily, there are ways that you can prevent serious fighting.

Just follow these tips and you should have a calm, quiet clan:

What To Look For

If you aren’t home all day, or you don’t know what the signs of fighting are, you’re not going to have much luck fixing the problem.

If you see any of these symptoms, your gerbil is probably involved in a fight:

Once you see any of these signs you should separate your gerbils immediately. Take a close look at your gerbils. The victim will sometimes need immediate care, while the aggressor is usually fine.

If one of them needs urgent care, remove them, treat their wounds, and put them in a cage by themselves.

If both gerbils appear to be in okay health, removing the aggressive gerbil is going to have a better effect on the cage.

There are times when an aggressive gerbil is fighting with others because they need something to do. If you remove their victim, they can move onto another gerbil in the cage.

Generally speaking, gerbils rarely fight, and it’s even rarer for them to fight until one of them dies.

To give you peace of mind, there are precautions you can take, and things to watch out for to make sure your clan of gerbils stays healthy and safe. How many perches should be in a birdcage?